Time to celebrate...the procrastinator has been thwarted!!!  Look.... 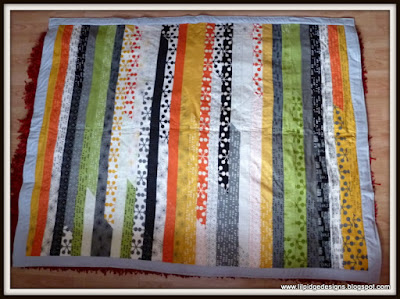 I know!  I couldn't believe it either.  I decided to put some more vinyl on the record player and settle down to a sewing session and I finally finished it!  I thought that since you ladies helped me think through HOW to do it at the WOYWW crop I would share it on a Wednesday (not actually my workdesk but I hope Julie doesn't mind).

The red sticking out the sides is actually my fluffy rug I placed this on top to take the photo!!  I think I made this in time as the weather in the UK took a turned colder at the weekend (not unexpected in the latter part of November) so I should be snug as a bug with this new topper on the bed.

My "Man Bites Dog" cards this week left me wondering whether I should actually show them considering the awful news from Paris and Lebanon recently, but they really were the first four cards drawn randomly so I decided to: 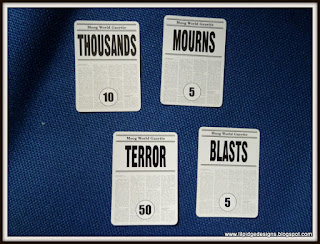 A series of horrifying acts of violence....senseless.

Hello, thanks for reading my blog...feel free to leave a comment